1. Globalism Unmasked: The Truth about Banking and the 'Reset' of Society

View the Table Of Contents    About the Author

Read the book on Kindle

Get the Paperback book

Download the book in PDF format by clicking the GREEN “Download/Donate” button below and then going to Cart (includes Read Aloud audio option if you use Windows 10). 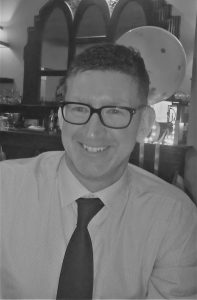 The worldwide financial system was already in crash mode prior to the Coronavirus situation. This book chronicles the false and deceptive narratives in relation to the ‘Reset’ of society, banking, money creation, globalisation, economics, sustainable development, climate change, and corporate media. These areas have been utilised by a small group of people for the purposes of greed, power and authoritarian control of the world, to the general detriment of the overwhelming majority of the world population.

All nations are in vast debt – this worldwide system of debt slavery run by the privately owned world banking system had reached its mathematical endpoint. The ‘Reset’ attempts to replace it with a fascist system of technocratic authoritarianism under cover a virus. It is an attempt by the World Economic Forum, globalist bankers and their political cohorts in the EU and the United Nations to retain control and push their fourth industrial revolution agenda of control under cover of a fake pandemic and the fake narrative of sustainable development. The real divide in society is fascist authoritarianism versus freedom.

For decades, the international privately owned banking system has created debt-money from nothing and charged all governments and people extortionist interest on it (usury). By this and other mechanisms it bled around 35% of the profits of nations.  This resulted in immense wealth and power for a tiny minority that own the private worldwide banking cartel, but placed a financial debt burden of control on the nations of the world.

The GDP growth system was needed by the banking system, so that it could receive interest payments on debt-money loans, yet GDP growth caused environmental degradation, social poverty, and wealth inequity in society.

The private banking cartel created boom-bust-bailout cycles at will that placed nations in further debt. The real economic welfare of society, as estimated by the GPI, decreased since 1978. The pseudo-science of contemporary economics used by all governments facilitated the process.

In 2020, limits to GDP growth and peak oil appear to be manifesting. Systemic problems in the economic system led to a multi-trillion dollar banking bailout in 2020 that took place under cover of a virus. There are serious implications for the future of worldwide industrialised society. The nefarious economic reset of worldwide societal control, the growing opposition to these fascist changes, and what we must do in the years ahead is described in detail. Having worked at the United Nations Sustainable Development Team in Geneva and as a Science Advisor at the Department of Energy and Climate Change, U.K., Mark Keenan exposes the truth about these subjects. See www.mkeenan.ie